Rob and Dan ran a 2016 medical grow in Southern Oregon. They focused on growing clean and organic medicine for their patients.

Here’s what they said:

Rob: Yeah, my name’s Rob and I’ve been growing for about 6 years. 5-6 years. I absolutely love it. I’ve just been taught from other people around, just listening, reading, internet, and a lot of ups and downs. Some good years and some bad years, let me tell you. So, you’re a farmer. You just depend on weather, conditions. It’s not easy like everybody thinks… you just go out there and throw one together and you’re going to have it. There’s a lot of work involved, oh my gosh.

Dan: I’m Dan. I’ve been growing for 6 years. I’ve been teamed up with Rob for 4 years now. Like he says, it’s not easy. We’re taking it one season at a time, learning every season. We ask people for all their knowledge, we learn off of people, books, internet. We’ve teamed up with a few friends that have been growing for 15, 20 years and they’ve helped us learn along the way, but we just keep it straight, simple.

Dan: Now our garden is like this. We’re keeping it organic, keeping it simple. We did our own dirt. We did about 4 different blends and then started feeding from the day they went into the dirt and now we’re up to about 10 gallons of water a day.

Rob: Through right now. Usually it starts off at 5 a day and now we’re up to about 10 because it’s a lot hotter. We use a little bit of Age Old, and fish. Raw fish out of Coos Bay, I think it’s out of Coos Bay. You buy it by 55 gallon drum. It does not smell so good. We used to make teas. I quit doing that, I’m too lazy. Now it’s so much easier to do it the way we’re doing it now. And things, the last 3 years, everything’s been going really well. We’re just learning. We’re having fun doing it. I love it.

Rob: And you don’t take up half the space either. I’ve seen guys grow ’em 400s, I mean holy cow. I think you can do okay, I don’t want to do it that much.

You mentioned you make your own soil?

Rob: Yes. We go to Biomass, it sounds funny, it’s cheap. We get the cheapest stuff they have. I think it’s $24 a yard. We bring it here. Then we buy the MooDoo, soil conditioner from Hilton, then sand, perlite, and pumas whatever.

Rob: Blood meal, bone meal, and kelp. We mix it up, it takes us like 2 days to really mix it, then we let it set, and mix it again. It takes us about 2 weeks to do our dirt. Then we do it ourselves, do it as cheap as possible. Dirt’s not cheat. It’s not.

Are you using any nutrients?

Rob: Yes, we use Age Old. Age Old and fish from Coos Bay and Age Old Bloom and Age Old Grow. That’s about it, nothing else.

Rob: God, we got juicy fruit…

Rob: We pick more variety for the stores, for all the stores. They want a variety of it.

Dan: The patients too, so they don’t get used to the same thing over and over.

Rob: And they can switch, I think it works out good. We grow a lot of different strains. We’re not out here trying to get giant big plants. We just want a nice, good medicine for everybody. We got 25 strains out there I think.

Rob: All commercial. We’ll be gone. Guaranteed. Almost sure the tobacco companies.

Dan: Commercial is gonna over sweep the medical or the basic at home growers.

Rob: They’re not going to let us do this. Not too much longer, I doubt it. Too much money.

Dan: In 10 years I see the recreational getting scooped out.

Rob: You’re going to see it in the 7-11s for 5 bucks and you can’t compete with them. I was on a website, Reynolds, the cigarette company in Palm Springs, they got these huge ass freaking buildings just waiting. Think Colorado. What’s going to happen in California, that’s what everybody is waiting for. It’s going to smash Colorado. No comparison. Everybody is just waiting for California, then we’re going to go. 5 years, maybe 10 years. And it’s going to be so cheap, that’s another thing. Every year it gets cheaper and cheaper. Seems like. More people grow, the cheaper it gets.

Rob: It’s not going to be good for the medical people, though.

Do you have any advice for beginner growers?

Dan: Don’t give up and keep it simple.

Dan: Spending lots of money is unnecessary. If you feel like you’re spending too much, you can get it cheaper somewhere else.

Dan: It doesn’t hurt to under water, but it always hurts to over water. That’s one right there.

Rob: Yeah, I’m really good at giving too much water. Like you can see, I’ve killed 4 already and I’ve been doing it for a little while.

Dan: Just watch your leaves. If you’re on your water schedule and the leaves go down, stop watering. If they go up, then you watered too much. If they stay down, give them a little water.

Rob: I was in San Francisco 6 years ago. I can’t remember who was speaking, some famous pot guy. I waited in this damn line for like 45 minutes to ask one question and when it was my turn to talk to him I said, “Okay, I got a question. I got 200 gallon smart pot.” I told him about my dirt and I said it was 95 to 100. I said, “How much water do you think I should give this plant?” He goes, “Well, depending. I would average 6 gallons a day every day and you can’t really go wrong. If it’s 102, 104…” He’s the first person who told me to put straw on my plant. He goes, “That’s going to knock it down a lot.” I’m like, “Oh, okay.” So I went back. I was all messed up on the water. It was my first time growing, I’m trying to figure it all out, I had 40 plants… I just went to that little seminar in the bay area and next thing you know, 2 weeks, 3 weeks, I’m like, “Jeez!” I just stuck to that 6 gallons every day. I kept the straw on it, all over it. Man alive, I took the temperature and it was unbelievable. It just cooled the plant. Then I took it off on September, he took me to take the straw off. I think it was September. Same thing I’m doing here right now. That’s about it, really.

Your grow is very clean. What makes you keep it this way?

Dan: Well, we’re being respectful to the land itself because we’ve seen grows where they get torn up. We want to keep it to where the land, if we move out, the land is still the same when we move out. It’ll grow back, there’ll be no bare spots, no land is damaged, no water is damaged. We just want to keep the land how it is.

Rob: We want people to come out here and look at it. They’re welcome. Everybody’s got their 6 plants out here and they just check it all out. Everything’s nice and clean. It’s fun.

Dan: Same with security. We’ve got our security but when we move the land will still be the same.

Rob: We’ve got our cameras and all that stuff.

Dan: We lease our land from the landowner and we want to keep that person happy and we’re respectful to them. So, we just try to keep it nice and neat.

Rob: Yeah. I think it’s the only way to go. Nice and clean.

Dan: And have a garbage can. (laughs)

Written by Cannabis Fabric Pots on July 6, 2017. Posted in Uncategorized 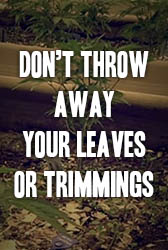 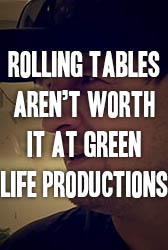 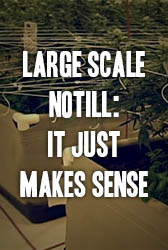 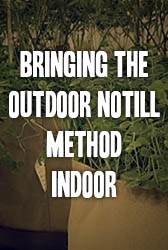 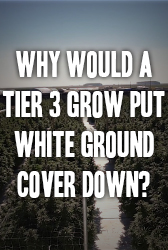 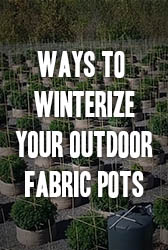 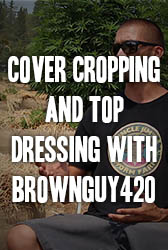 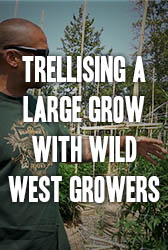 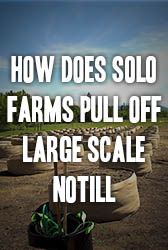 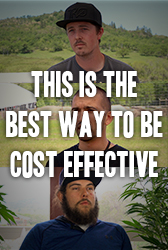